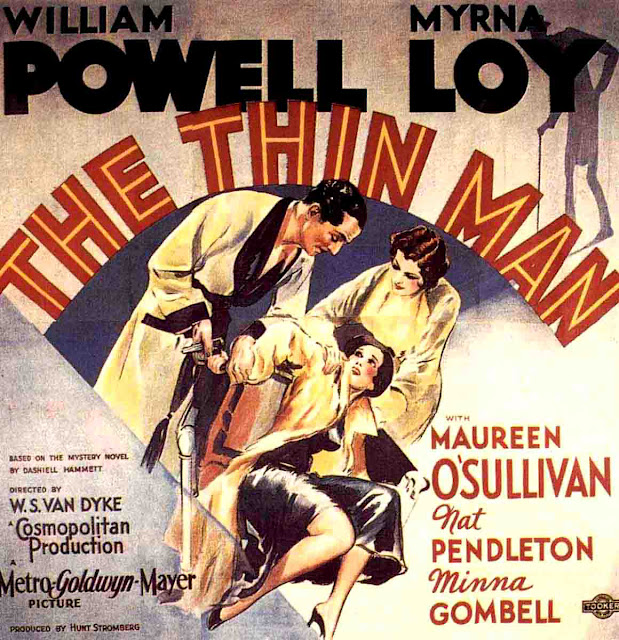 The 1934 movie The Thin Man with Myrna Loy and Robert Powell, is one of those films that epitomize 1930s Hollywood for me: the women are ultra-glamorous, the fashion is amazing (with astounding gowns and amazing all-round attire) and the quips and witty dialogue just keep coming. 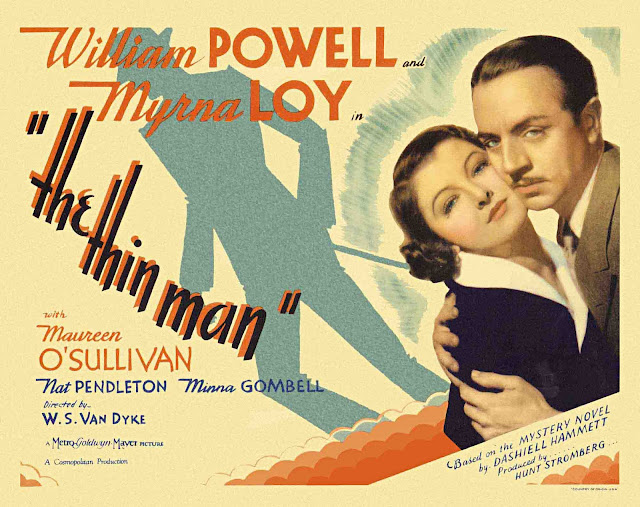 Myrna and Robert are a delight to watch in this fast-paced detective comedy.
Both movie-goers and critics of the time thought so too, which meant that another 5 'thin man' movies followed the original 1934 film. 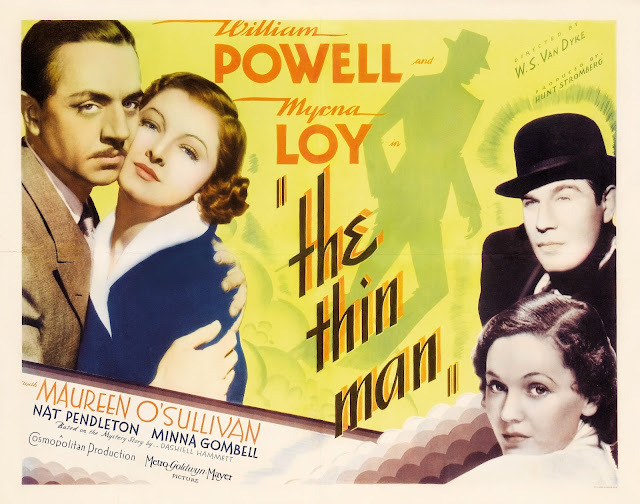 The film was based on the novel of the same name by Dashiell Hammett and although he never wrote a sequel to the book, he was commissioned to write the sequels to the original movie. 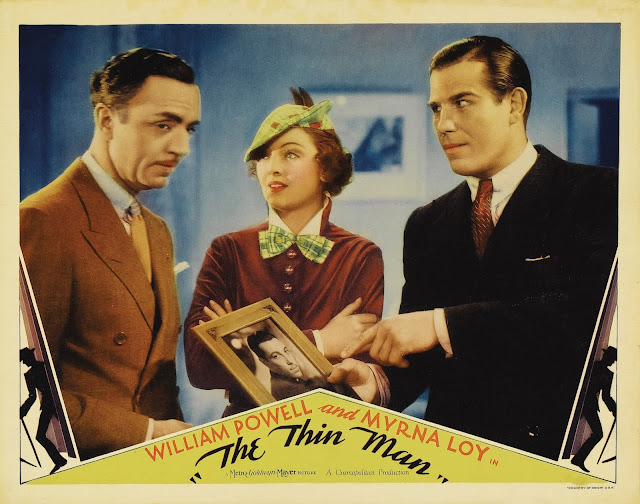 The whole film is said to have been shot in sixteen (or eighteen) days and the co-stars had only the nicest things to say about each other. William Powell is quoted as having said "When we did a scene together, we forgot about technique, camera angles, and microphones. We weren't acting. We were just two people in perfect harmony."
Which is probably why their on-screen rapport and charm is so captivating. 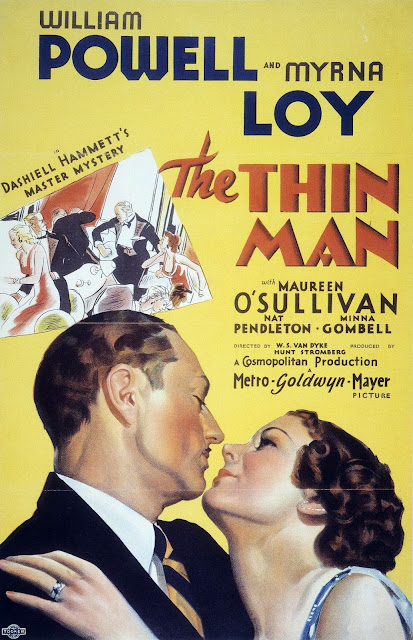 I've got some great black and white stills of the movie which I will also be sharing with you soon.